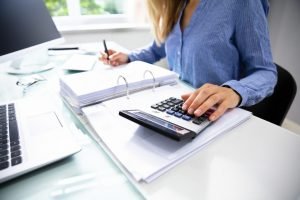 Home buyers are canceling sales at record pace. Prospective homebuyers are grappling with affordability issues. However, a Redfin report states the shifting market conditions are allowing buyers to increase their bargaining power.

Roughly 63,000 deal under contract fell through in July nationwide. This is equivalent to 16.1% of the homes that went under contract that month. This is the highest percentage in Redfin’s records.

Redfin attributes the increased share of homes falling out of contract to higher mortgage rates. This has caused monthly mortgage payments to rise nearly 40% year over year. As a result, this has sidelined some prospective homebuyers. It has also hastened the decline in homebuyer competition, which has given buyers in some metros a bit of bargaining power. Smart buyers are including contingencies in their offers.

Markets Where Homebuyers Are Backing Out Of Deals In Record Numbers

Jacksonville, FL has the highest number of cancelations out of the 93 metro areas in the Redfin analysis.  In July, roughly 800 agreements or 29.3% of contracts fell through.

Redfin also attributes the high share of called off contracts in Florida to the state’s high price growth. This has caused competition to slow even further as mortgage rates have risen.

Markets Where Homebuyers Are Backing Out Of Deals The Least

Surprisingly, New York and New Jersey were at the other end of the spectrum. Newark, New Jersey had the lowest rate of deal cancellations. The market only saw about 75 agreements falling rough in July. This represented only a meager 2.7% of all homes that went under contract.

Agents also are advising sellers to make sure their homes are in top condition. In addition, agents are telling to stand out from any competition.

This Article Originally Appeared On MFI-Miami.com.