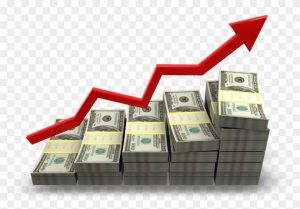 Miami-Dade County is now requiring Miami-Dade landlords to provide tenants with a 60 days’ notice of rent hikes of 5% or more.

Commissioner Eileen Higgins introduced the ordinance. The ordinance passed unanimously at Tuesday’s commission meeting. Commissioners said property owners have in some cases raised rents by 50% or more. It follows similar ordinances in Miami Beach and Hialeah. The ordinance is now countywide.

The ordinance applies to tenants at the end of their leases and in month-to-month leases.

It also extends the required notice time for eviction from 30 days to 60 days for month-to-month tenancies.

However, housing experts say landlords can skirt the ordinance.

Commissioner Keon Hardemon pointed out that landlords could instead offer weekly leases to bypass the legislation. Commissioner Chairman Jose “Pepe” Diaz asked the county attorney what penalties exist for landlords who break the rules.

Landlords can also do private contracts with arbitration clauses to skirt the ordinance.

However, only the courts can enforce the new Miami-Dade ordinance. Tenants can only be used as a legal defense to eviction. It would also give renters more time to find new housing if their landlords do not provide sufficient notice.

The housing market in South Florida has become out of reach for many. Property owners have taken advantage of the market and jacked up rents.

Home and condo prices have soared as buyers have taken advantage of low interest rates. Prices have also soared as new-to-market buyers flooded the region.

As a result, Miami became the least affordable housing market in the country earlier this year. A household in the city of Miami would have to contribute 78.7% of its income toward homeownership costs based on a median household income of $43,401.