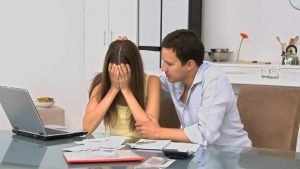 Did Florida foreclosures skyrocket 68%? According to RealTrac they have.

RealTrac has released its Q3 2021 U.S. Foreclosure Market Report. The report shows there were a total of 45,517 U.S. properties with foreclosure filings, scheduled auctions or planned bank repossessions. This is up 34% from the previous quarter. Foreclosure filings are also up 68% from a year ago.

The report also indicates there were a total of 19,609 U.S. properties with foreclosure filings in September 2021. This is an increase of 24% from the previous month and up 102% from September 2020.

Florida Foreclosures Skyrocket Along With Other States

Yet, several metropolitan areas did the opposite of the national trend of quarterly increases. Several metropolitan areas with a population greater than one million actually saw a decrease in foreclosure starts in Q3 2021. Charlotte, North Carolina decreased by 32%. As did Portland, Oregon by 26%. foreclosures in Rochester, New York  down 17%. San Jose, California was down 13% and Hartford, Connecticut was down 6%.

This Article Originally Appeared On MFI-Miami on 1/1/2022