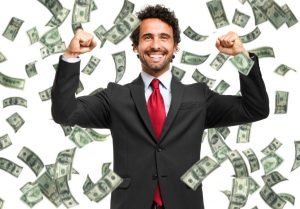 The boom in home prices is helping bolster local tax coffers. Why? Property taxes are based on the value of the home. So, the higher the value, the higher tax amount.

National Association of Home Builders says local taxing authories are seeing pre-financial crisis value increases. As a result, tax officials are dancing to the bank as tax collections have surpassed their 2009 level.

Tax revenues for state and local governments can be volatile. However, property tax collections have proven relatively stable. This reflects the long term stability of tangible property values.

Property taxes, which make up the biggest segment of revenues for local governments. Property taxes comprise 38.2% of state and local tax receipts for the four quarters ending prior to July 1st. Individual income taxes (30.6%) and sales taxes (25.7%) make up the next largest segments of government revenues.

There is an upside for municipalies if and when real estate values do fall or the market crashes like in 2009. Most states don’t require local taxing authorities to lower taxes based on decreased values.

This happened in Detroit after the 2008 financial crisis. Properties that were valued at $60,000 in 2006 were worth $2500 after the market crash. Yet, Detroit and Wayne County were still taxing property owners based on 2006 values. Homeowners were being over taxed by 500%-700%

The situation became so bad the ACLU and NAACP sued the City of Detroit.