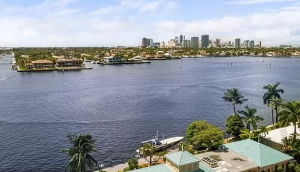 South Florida Business Journal is reporting that Canadian developer Benoit Dumoulin has acquired a home in Fort Lauderdale for $12.5 million. The Quebec-based realtor plans to tear it down and build a mansion.

Klairmont Kollections NFP based out of Chicago sold the 6,269-square-foot home at 2500 Lucille Drive. The Chicago-based nonprofit is managed by Alfred M. Klairmont. Klairmont is the CEO of Imperial Realty Co.,

Coldwell Banker broker Joseph Beltrand, who represented Dumoulin in the deal. He also confirmed that Dumoulin bought the site to build a home for his personal use. The seller worked with Shai Mashiach, also of Coldwell Banker.

The home was was sold in June when Klairmont deeded it to the nonprofit for a nominal consideration of $10.

Klairmont died in August at 94. 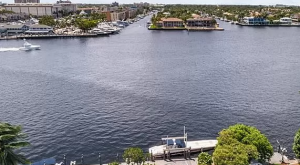 Dumoulin has also owned several properties in Fort Lauderdale for many years. As a result, he decided to spend more time in Florida due to Covid-19. Thus, he also wanted a larger home.

Dumoulin is currently in discussions with a local architect about designing the house. The Canadian developer wants the house to be around 12,000 square feet. The location is along the Intracoastal Waterway and has plenty of room for a gigantic dock.

Dumoulin plans to begin demolition of the existing house after the first of the year.